The first edition of the Practical Handbook of Microbiology was published in 1989. Since that time, the field of microbiology has undergone many changes and has grown to encompass other disciplines as well. New chapters have been added and a number of chapters from the first edition were dropped. Tables in the first edition that were outdated have been replaced by tables in the individual chapters. This edition also contains a new broad and concise survey table of selected eubacteria. Areas generally considered part of microbiology that were not covered or covered only briefly in the first edition are now included with comprehensive introductory chapters. This book was written to provide basic knowledge and practical information about working with microorganisms, in a clear and concise form. Although of use to anyone interested in the subject matter, the book is intended to especially benefit two groups of microbiologists: people trained as microbiologists who are highly specialized in working with one specific area of microbiology; and people who have been trained in other disciplines and use microorganisms as simply another tool or chemical reagent. END_OF_DOCUMENT_TOKEN_TO_BE_REPLACED

Handbook of Microbiological Media Fourth Edition By Ronald M. Atlas includes the formulations and descriptions of 7,080 media used for cultivating microorganisms more than in the previous edition. These include both classic and modern media used for the identification, cultivation, and maintenance of diverse bacteria, archaea, and fungi. Some of these microbiological media are produced by major suppliers of dehydrated media including Oxoid, HiMedia, and BD Diagnostics (Difco, BBL, and GIBCO). These include all the media normally used in the clinical microbiology diagnostic laboratory and for the routine examination of food and water. Other media described in the fourth edition of the Handbook of Microbiological Media are used to cultivate specific strains of bacteria, archaea, fungi, and protists, including many anaerobes and extremophiles. END_OF_DOCUMENT_TOKEN_TO_BE_REPLACED

END_OF_DOCUMENT_TOKEN_TO_BE_REPLACED

PART A. FUNDAMENTALS OF MICROBIOLOGY
1. The Microbial World
2. Microbial Metabolism and Growth
3. Role of Microorganisms in Biogeochemical Cycles END_OF_DOCUMENT_TOKEN_TO_BE_REPLACED 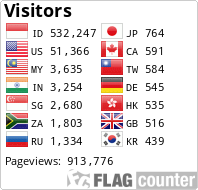