Organic chemistry is a chemistry subdiscipline involving the scientific study of the structure, properties, and reactions of organic compounds and organic materials, matter in its various forms that contain carbon atoms. Study of structure includes many physical and chemical methods to determine the chemical composition and the chemical constitution of organic compounds and materials. Study of properties includes both physical properties and chemical properties, and uses similar methods as well as methods to evaluate chemical reactivity, with the aim to understand the behavior of the organic matter in its pure form (when possible), but also in solutions, mixtures, and fabricated forms. The study of organic reactions includes probing their scope through use in preparation of target compounds (e.g., natural products, drugs, polymers, etc.) by chemical synthesis, as well as the focused study of the reactivities of individual organic molecules, both in the laboratory and via theoretical (in silico) study (wikipedia).

The range of chemicals studied in organic chemistry include hydrocarbons (compounds containing only carbon and hydrogen), as well as myriad compositions based always on carbon, but also containing other elements, especially oxygen, nitrogen, sulfur, phosphorus (these, included in many organic chemicals in biology) and the radiostable elements of the halogens (wikipedia).

Most syntheses in the chemical research laboratory fail and usually require several attempts before proceeding satisfactorily. Failed syntheses are not only discouraging and frustrating, but also cost a lot of time and money. Many failures may, however, be avoided by understanding the structure-reactivity relationship of organic compounds. Textbook Of Side Reactions in Organic Synthesis, highlights the competing processes and limitations of the most important reactions used in organic synthesis. By allowing chemists to quickly recognize potential problems this book will help to improve their efficiency and success-rate. A must for every graduate student but also for every chemist in industry and academia.

Brief Contents Ebook Of Side Reactions in Organic Synthesis

3. The Stability of Organic Compounds

5. The Alkylation of Carbanions

6. The Alkylation of Heteroatoms

7. The Acylation of Heteroatoms

21 thoughts on “Ebook Of Organic Chemistry: Side Reactions in Organic Synthesis” 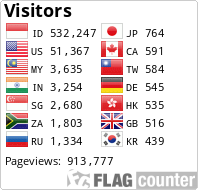